This Guide is brought to you as part of Going Green and
Switch It Green’s Guide to Green Banking. 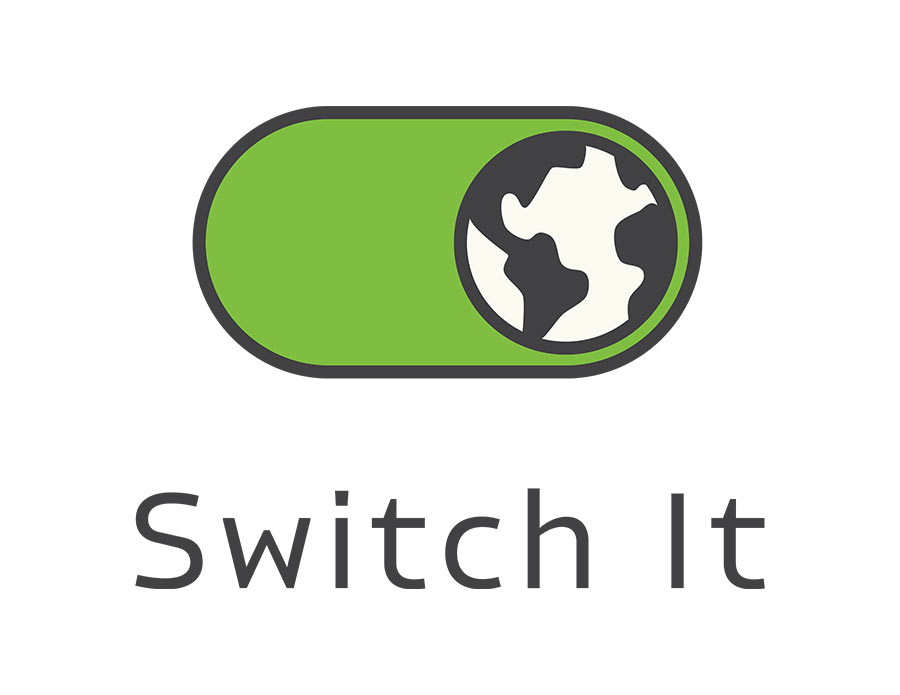 Why Switch It Green?

When you give your money to a bank, energy company, or pension that supports fossil fuels, you’re giving them permission to make climate-destroying investments.

On the other hand, when you move your money to institutions that support renewable energy sources, you’re empowering them and their partners to grow their mission.

Not only will switching your money help your business contribute towards a sustainable future pathway; new ethical providers can offer further benefits such as increased customer satisfaction when compared to the older, or more established big names.

What impact will this individual action have?
We know that meaningful action can seem daunting in the face of such a huge challenge. We’ve been told for years that individual actions such as recycling will make a difference – but these actions don’t go to the root of the problem. So, what can take us there?

Redirecting global flows of capital and loyalty away from investment in fossil fuels.

Myth 1: We can rely on big banks to save the day
Your bank has a net zero policy – that means they can’t be investing in fossil fuels, right?

Don’t bank on it. Unfortunately, if you’re banking with one of the UK’s big names, the likelihood is they are continuing to invest in fossil fuel extraction, despite net zero or ‘science-aligned’ plans.

The biggest banks in the UK are all linked to fossil fuels, with the top two – Barclays and HSBC – being the worst offenders. Recent research from ShareAction[1] shows that investments into fossil fuel projects have continued in spite of pledges from many banks to achieve net zero emissions in the near future. For the most part, banks’ sustainability policies just aren’t stacking up.

ShareAction’s report revealed over £120 billion of financing for the 100 worst companies in terms of oil, gas, and coal expansion had come from 44 banks who had made ‘Net Zero’ commitments. Some of the fossil fuel giants receiving money included Exxon Mobil, Shell, BP, and Saudi Aramco. As Lorne Stockman, Senior Research Analyst at Oil Change International, puts it: “Our future goes where the money flows, and these banks have ploughed billions into locking us into further climate chaos.”

Myth 2: Our leaders will save the day
Despite UN agreements and campaigners in their thousands demanding change – each year, politicians and banks slip back into their old habits, continuing to invest in new fossil fuel projects. COP26, the most recent climate change conference in Glasgow was unfortunately no different.

Despite verbal commitments, the UK Government is approving a number of new fossil fuel extraction projects in the UK alone over the coming years.

It’s time to put our money where our mouth is.

Myth 3: The idea that individual actions can’t save the day!
Did you know that the very concept of an individual carbon footprint was created by corporations to shift the onus of responsibility for climate breakdown from an institutional level to an individual level?

To be in line with a 1.5 degree pathway, recycling just isn’t going to cut it.

Despite this, individual action can make a difference!

By moving your money away from fossil fuels, whether that be through your current account, business account, investments, pension and/or energy provider, you can be taking the most effective steps towards slowing global warming. Why?

By giving that money to institutions that invest in alternative energy sources, you accelerate the rate of change exponentially.

The Switch It platform will support you to easily turn your money green. And invest in change for a better future.

The facts: New fossil fuels are not compatible with a 1.5 degree pathway.

There is strong scientific consensus that ending the expansion of global fossil fuel production immediately and phasing it out rapidly is necessary to avoid the worst impacts of climate change. Any further delay in action will lock in warming beyond 1.5°C.

The Intergovernmental Panel on Climate Change (IPCC) provides us with the most up-to-date scientific findings each year. The latest IPCC report warns that if fossil fuel emissions continue at present rates, our carbon budget for keeping global warming below 1.5°C will be exhausted by 2030. That’s only 10 years from now.

The International Energy Agency (IEA) has demonstrated what is needed for us to stay on a 1.5 degree pathway. Their scenario shows that no new oil and gas fields are needed as of 2022 if the world is to hold warming to 1.5°C.

The IEA’s conclusion is a conservative one. A forthcoming peer-reviewed study finds that already developed fossil fuel extraction facilities hold significantly more reserves than can be extracted and burned under the 1.5°C limit.[2]

This means that even if coal is rapidly phased out, the CO2 emissions from burning the oil and gas in already-operating or under-construction fields could exceed the remaining carbon budget to stay below 1.5°C.

All of this means that there is no scenario in which investment in future fossil fuel projects is compatible with a future in which global warming is kept to 1.5 degrees.

What does 1.5 degrees mean?
1.5 degrees is the “safe” level of global warming we should aim to stay below.[3]

Allowing temperatures to rise by more than 1.5C would vastly increase the risk of irreversible changes to the climate.

From huge ecosystem shifts to wild weather – even at 1.5 degrees warming, dramatic effects will be felt by all. But by acting now, at least we can prevent the worst, for future generations and the world’s most vulnerable.

Greenwashing vs reality:
What do the top 2 worst offenders in the UK say they’re going to do? Let’s take a look at their “green” credentials…

What does ‘phase down’ of fossil fuel finance even mean?
Words such as “phase down” are preferred by greenwashers instead of “phase out”. These words were a battlefield over the course of the COP26 climate negotiations, with “phase down” open to interpretation. This has enabled HSBC to continue investing in new fossil fuel extraction projects.

Environmental campaigning group Market Forces has obtained figures which show HSBC is continuing to finance oil and gas deals in 2022.

Despite being a founding member of the Net Zero Alliance, Barclays is the no.1 funder of fossil fuels in Europe.

Barclays is helping to pay for the Line 3 tar sands pipeline in the woods of Minnesota – endangering Indigenous rights, threatening the Great Lakes, and jeopardising our shared climate by expanding access to tar sands oil.

Keeping this in mind, here are some more positive reasons to switch.

Customer satisfaction
As Fundera state: “You should re-evaluate your business bank account and financial needs every few years to ensure that you’re getting the most out of the account you have.”

The top two banks in terms of satisfied customers are the online banks Starling Bank and Monzo Bank, while the lowest are HSBC and RBS – the statistics speak for themselves!

Seeing where your money is invested
A far cry from investments in destructive fossil fuel extraction, with banks such as Triodos, you can see where investments in the community are being made. They believe that investing should support a sustainable future. All have been hand-picked by impact investing experts using a themed approach, which ensures they have a positive impact on society and the environment.

It’s super easy!
Trust us – this is a simple step that can be started straight away. A huge number of account holders in the United Kingdom switch provider each month.

At the end of last year, data shows that most of the switches came from the larger banks with many customers moving to the smaller, more newly founded online banks.[4] While HSBC and Santander saw the highest net losses for customers during this period, the two online banks Starling and Monzo observed the highest number of net gains.

This shows that thousands of people across the UK are clocking on to the power of moving their money, and you can too.