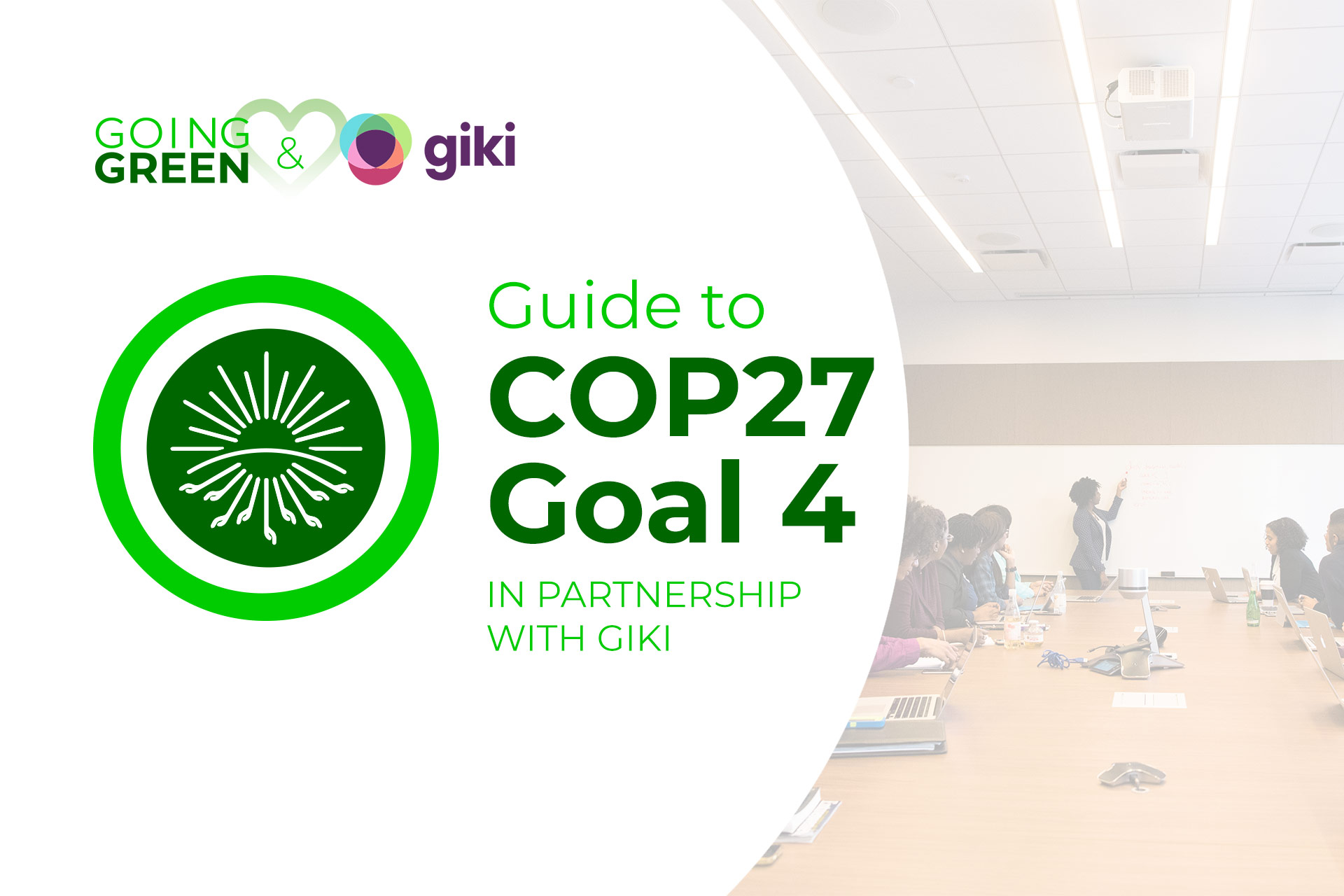 This Guide is brought to you as part of Going Green and
Giki Zero’s Guide to COP27.

Section 1 – What does this mean?

A just transition, which means moving to a sustainable economy that’s fair to everyone, is central to any climate plan, especially for developing countries.

There are many parts to a just transition, but the two recurring themes are vulnerability, and fairness.

Climate change affects everyone differently, it is the most vulnerable who are least able to cope but who are also the most likely to be affected. For example, Pakistan, hit by terrible floods in August 2022, which left 1/3rd of the country underwater, accounts for less than 1% of global emissions but is one of the top 10 countries most affected by climate change. As a result, many developing countries believe that a system to compensate them for the loss they are incurring today, which has not been of their making, is a crucial part of a just transition.

Developing countries also believe that developed countries have emitted large amounts of carbon historically it is now unfair for the historically heavy emitters to demand that those who have emitted little should cut back on fossil fuels and miss the benefits of rising wealth levels that developed countries have achieved. In short, why should they be held back by the nations that caused much of the damage? The solution to this is more finance, better directed and delivered sooner.

As the COP President puts it, this conference “must ensure humans are at the centre of climate talks”.

Section 1 – What does this mean?

Section 2 – How can you get involved?

Section 3 – What you do matters

Section 2 – How can you get involved?

Ensuring a fair transition is often about using your voice to make people aware.

Use your voice and influence to encourage your employer, community, friends, and colleagues to follow your lead in living more sustainably and raise awareness of those more vulnerable to climate change. This is such a crucial moment in time, don’t miss the opportunity. As people become more aware of the realities of climate change, you can inspire them to change how we do things, to achieve a 1.5 °C world.

You can also use the power of your money. Look to buy from companies who care about their workers and the environment and are committed to cutting emissions. The most vulnerable can be found in all societies wherever they are in the world.

Section 3 – What you do matters

As country leaders gather to talk about the climate, it’s easy to feel that the solution is “for them to sort out”.

However, there is much we can all do differently to reduce carbon emissions. COP27 marks a milestone in climate negotiations, but without individuals, a 1.5 °C is impossible. This report has shown a few places where we can all start. We set up Giki to help people take action on climate change.

Thank you to our partner Giki for their contribution to this guide to COP27 Goal 4.